All Collections
Devices
Charger
How do I charge my Biostrap devices, and how long will the battery last?

How do I charge my Biostrap devices, and how long will the battery last?

Written by Caitlin Brown
Updated over a week ago

Normally, it should take about 90 minutes to fully charge either of the devices.

For the best user experience, we strongly suggest keeping your battery above 20% at all times.

As a best practice, we recommend charging your device daily.

It is totally normal for the devices stop charging before reaching 100% battery, and settle between 90-99%.

We have two kinds of chargers:

On either charger, just place your Biostrap wristband on top and see the color on the charger base change while charging! 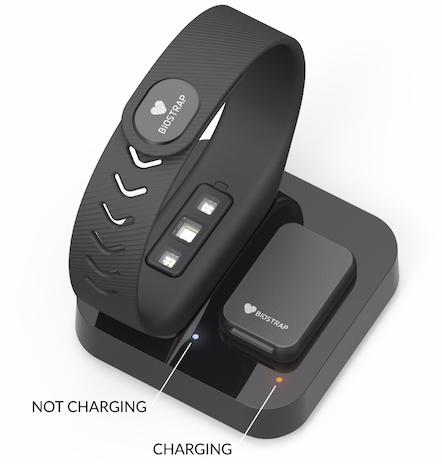 If either device isn't charging, try unplugging and replugging the charger cord.

If the shoepod doesn't charge on the charger base either, reach out to us via chat or email and we'll send a replacement charger base.

Please assume that your device is fully charged in any of the following scenarios:

Contact support at support@biostrap.com if you are unable to properly charge your device while following these troubleshooting steps, and please include photos of how you are charging the device for the fastest support.

Did this answer your question?